Masai Mara is famous for the crossing where over 1.5M wildebeest cross over from Tanzania to Kenya and vice versa. Our trip was close to the end of ‘crossing  season’. Keen to see the action up close, we went to the river Mara where the crossing occurs. And there it was, a group of wildebeests on the other side of river deciding on what to do - ‘cross or not to cross’. Upstream nearly a kilometre ahead, a crocodile was basking on the rock while a couple of them were gently floating on the water, just their tops visible on the surface, the nemesis for these crossing animals.

The wildebeests are still trying to decide, one of them pushes the other into the river and that guy does not go any further, in fact he turns back. Then they stand still for a few minutes and then another one goes further into the water and then turns back. Suddenly they run along the river, some in the water and some on the shore, coming to a dead stop. after some time. They do nothing but stand still possibly for one of them to decide. None of them take the next step. One of them at the end on the land is I guess fed up. He decides that he has had enough of this indecision and decides to go back into the land and not cross the water. He climbs the mud embankment into the high land and as he climbs, a few follow suit. One by one the remaining ones follow. The decision has been made, they are not going to cross. The animals that were standstill a moment ago due to indecision are rapidly moving away following the first one to the high land. 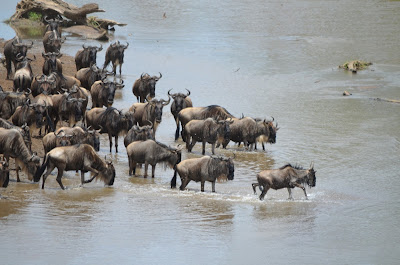 Leadership lesson: We all suffer from indecision and do possess herd mentality. A good leader takes decision and confidently goes ahead and the team follows. Not all decisions may indeed be right, but taking a decision is indeed superior to not doing anything.
Posted by Unknown at 11:18 AM No comments:

These animals were the most interesting. Belonging to the same family of pigs, these herbivores were constantly running, seemingly for the sheer joy of it. Enjoying themselves just running across the vast expanse. They stop suddenly only to recommence in a short while. It was sheer joy to see these “pigs with tusks” run despite no threats from other animals. 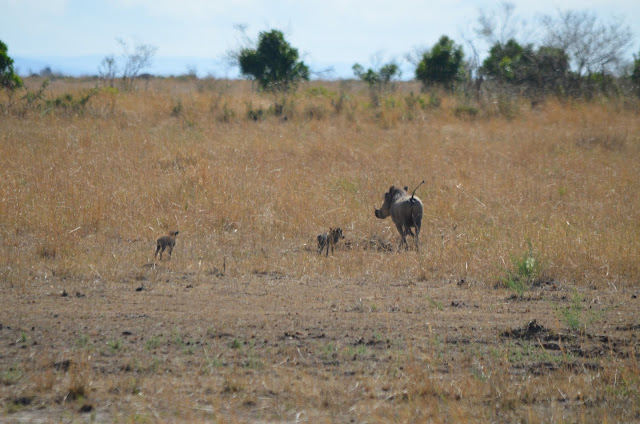 Leadership lesson: Explore. Be curious. Enjoy. To unleash your full potential, you need to be unbounded and enjoy the flow.
Posted by Unknown at 11:13 AM No comments:

Hippos relaxing in the water seem to be the most lethargic animals. They seem to spend the day seemingly relaxing in the pool when not eating grass. But do you know that Hippos are the second largest killers of humans? They are not carnivores, they attack only to protect. Their strong bite can kill humans. 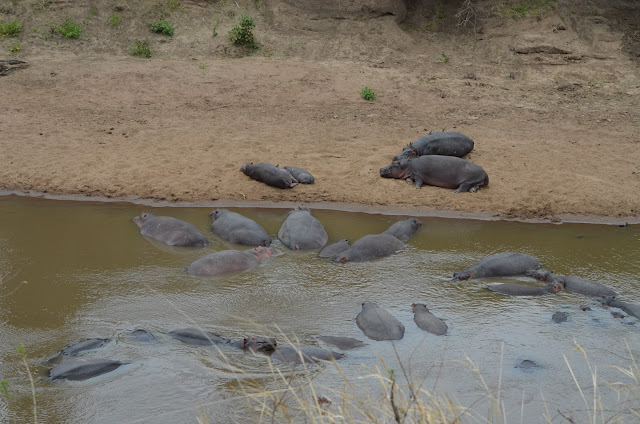 Leadership lesson : Each one of us possess enormous power. It is dormant most of the time. The key is unleashing it.
Posted by Unknown at 11:10 AM No comments:

A herd of giraffes are moving majestically, elegant in their movements as they peacefully chomp on the leaves off the tree top. Giraffe by virtue of its height and its distinctive coat is indeed a majestic animal . They are not shy at all. One of them walked to our vehicle confidently, stopped, looked at us without any fear and then strutted away. The movements were peaceful and seemingly unhurried. On a different note, it is interesting how a giraffe walks- Both the legs on one side go forward and then the next side go forward, very unlike the other animals where front and rear are in sync. 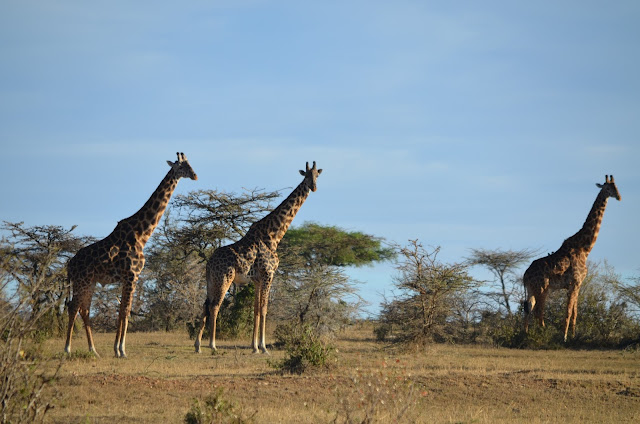 Leadership lesson: The majestic appearance oozing confidence, fearless attitude, grace and elegance are traits that make a leader successful. And the team will do anything to ensure that the leader stand tall always.
Posted by Unknown at 9:52 AM 1 comment:

A Leopard had dragged up a young waterbuck up the tree,suspended it precisely on a branch with the body resting on the branch and legs hanging down. It then went about methodically tearing up the rear with its canines. Though gruesome and sad, it was interesting to see the leopard periodically adjusting the dead animal on the branch as it progressed methodically with its job of eating. 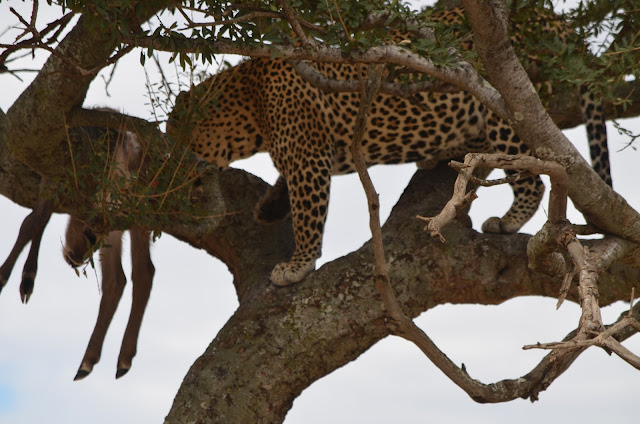 Leadership lesson: The Leopard is a very powerful animal which with its sheer speed and power can snare an animal. To ultimately accomplish its goal of satisfying its hunger, it must secure the dead animal, which it does by dragging the animal up the tree and and then eating it by doing it methodically, tear from the rear. What do we learn this? In addition to having a powerful team, it is necessary to employ powerful techniques and a good process to ensure that the job is well done. Power is best extracted via using good techniques and harnessing the same in a methodical manner.

The vast African Savannah is filled with Zebras, their skin shiny and beautiful with stripes of black and white. They are an easy prey for the lions. Their excellent sense of sight and hearing coupled with their acute sense of smell enables them to detect danger which they nimbly respond to, by quickly running away. Their legs are so strong that a kick can kill an animal. 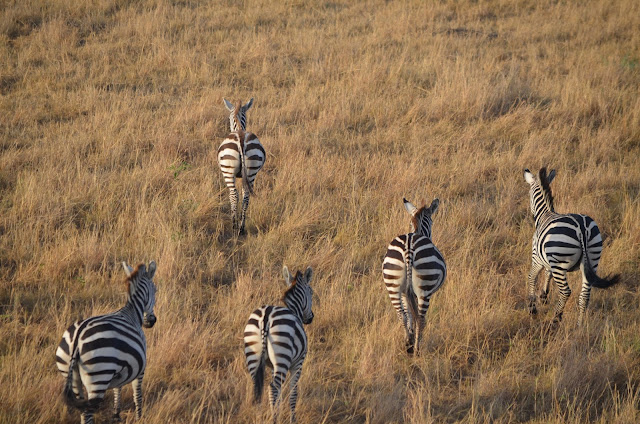 Leadership lesson : To survive/course-correct requires one to continuously measure (aka smell/watch) and respond nimbly to steer to a safe place. Not only is sufficient to know the danger, but it is imperative to have enough power to move away quickly.

A lion is busy eating the fresh kill of wildebeest whilst a cackle of hyenas are sitting a little distance away patiently waiting for the lion to finish. Once the lion is satiated and moves away to rest, the hungry Hyenas will finish the rest. Their teeth are so powerful that they can crush the bones. In another instance we saw a wake of vultures in fierce fighting to eat the remains of a carcass killed by a lioness. In nature nothing is left to waste with each animal specialised in its contribution to the nature’s eco-system cycle. A wildbeest is a big animal and it is a shame to waste anything at all. The Hyenas don’t mess with the lion nor do the vultures with any of these animals.
Leadership lesson: It takes multiple skills to get a job done well. Each facet of work requires varied intelligence and power. Understanding this, abiding your time patiently and then contributing your best is key to being successful. Do you know who in your team is the Lion(ess), Hyena, Vulture? Each member is important, there is nothing superior or inferior.

Posted by Unknown at 3:56 PM No comments: